The investment bank started its coverage highlighting the historical benefits of the company and its zero exposure to credit business.

Santander GBM initiated its coverage titles Forus, with a target price of $ 3,000 and “buy”.

“We see Forus like a well-positioned company, with no exposure to credit business and a strong record of organic growth (CAGR of 13% on the sales floor in the last four years),” said the company.

He added that despite the economic slowdown has pressured profits, “Forus has historically shown substantial benefits (~ 25% ROE in 2014), above the average of its peers LatAm (~ 9.0 pp)”  he said.

In that sense, the investment bank said that the economic recovery expected for 2015 should lead to a gradual recovery in margins, providing an attractive investment opportunity considering a P / E estimate for 2015 15,3x .

“However, we expect to see inorganic growth in the coming years in order to diversify sales (81% of sales are in Chile)”, concluded Santander GBM. 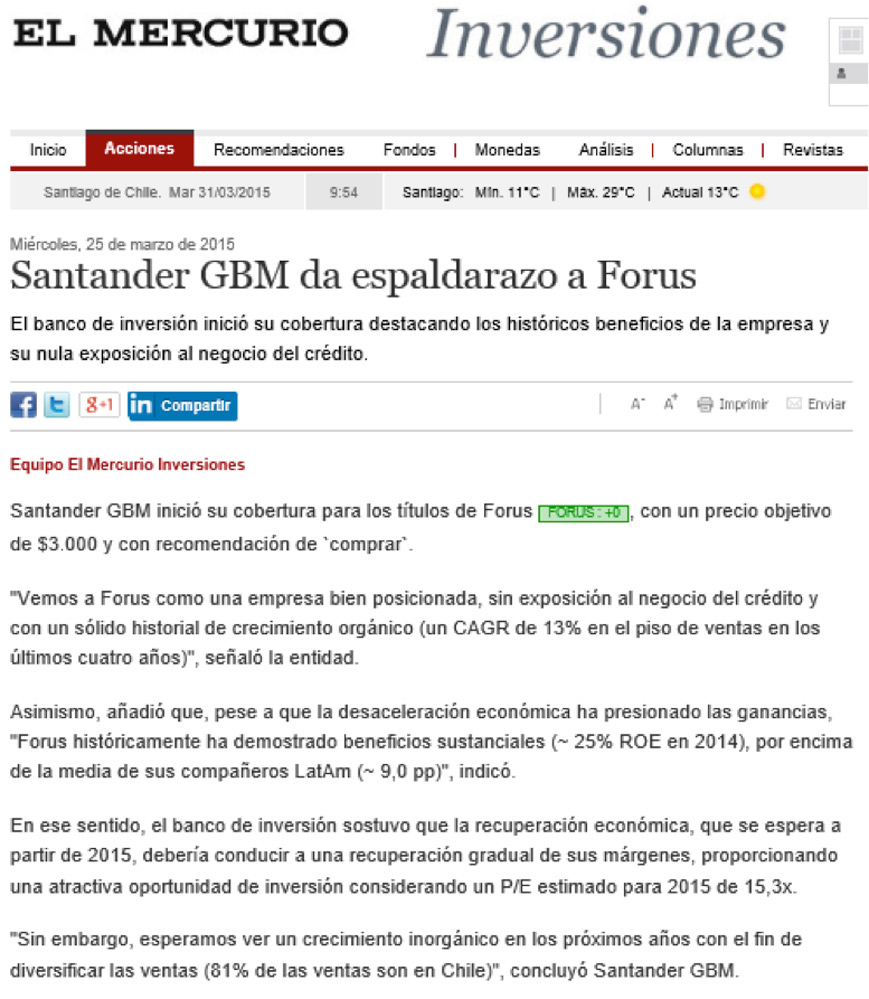